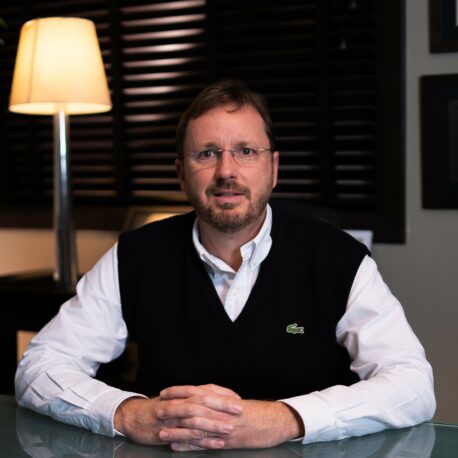 Marcos Fava Neves is a part-time professor at the Faculties of Administration of the University of São Paulo in Ribeirão Preto and FGV in São Paulo. An agronomist from Escola Superior de Agricultura Luiz de Queiroz (ESALQ-USP) in 1991, he did his entire postgraduate career in business strategies. Since 2006 he has been an International Professor at the University of Buenos Aires, moving to Purdue University in Indiana (USA) in 2013, and finally to the University of Pretoria, South Africa in 2020. He specializes in planning and strategic management, having carried out more than 300 projects in Brazilian and global agribusiness and held more than 1,500 lectures in 22 countries. This has led to him being one of the most well-known and internationally respected Brazilians in the area of agribusiness and planning/strategy.

Outside of academia, Marcos helped set up and is a shareholder of 5 companies, being 3 start-ups. He’s also the author and organizer of 75 books published in 10 countries, and more than 200 articles in international and national scientific journals, receiving 5,000 citations according to Google Scholar, making him one of the most cited Brazilian scientists worldwide. He was a writer for the Newspaper China Daily in Beijing and Folha de S. Paulo, in addition to writing articles for O Estado de S. Paulo and Valor Econômico, having more than 600 articles from newspapers published.